History of the hut

On the closure of the school in Empshott, in 1922, the school property reverted to Lord Wolmer. He proposed that he should sell the property, and the proceeds be used to purchase and erect an army hut, on a site to be agreed upon, for use as a Parish ‘mission’.

Mr Scott was approached by Empshott PCC with a view to finding a suitable site for the new venture. The minutes of the Empshott PCC meeting 27th Feb 1923 record that ‘Mr Scott had not been very eager to grant a site for the hut, but Mr Hawkes (Hon Sec) had thereupon seen Sir Heath Harrison who had at once offered the parish a most suitable site,at the corner of the field between Empshott Lodge and Mr Dingle’s house and the meeting passed a cordial and unanimous vote of thanks to Sir Heath for his generosity’.

Lord Wolmer consented to a maximum of £250 to be used towards the purchase, relocation and fitting out of the hut.

The ex-army hut, 60ft x 15ft (manufactured by Bolton & Paul), was purchased from Bordon camp at a cost of £45. The job of moving and re-erecting the hut went out to tender to 3 local builders. Mr Legg tendered £96, Mr Hogsflesh £99-17-0, and Mr Kemp £86-12-0. Mr Kemp from Greatham was awarded the contract, which included the cost of raising the height by 18 inches. The land was also fenced by the contractor for a small undisclosed sum.

At the Empshott PCC meeting on the 31st October 1925 the deed was executed and Sir Heath Harrison Bart. conveyed the site of the hut to the Winchester diocesan fund and the church council of Empshott. The deed was dated 3rd Oct 1925 and it set out the uses for which the hut could be used:

For promoting aiding or furthering the objects and work of the Church of England in the parish of Empshott That is to say:-

The  Hut was erected sometime after April 1923 and before 3rd July 1923 as the PCC meeting on the 23rd July was held in the new hut. There was no formal opening of the hut as Lord Wolmer and Sir Heath Harrison decided that as ‘ceremony of this nature was unnecessary’

The Hut has been used for many activities over the past 90 years. An example is recorded in the memoir by Charles Sammonds:

The Empshott Hut proved not only a reasonable place for learning, but with the villagers’ approval a useful social club for the boys in the evenings, where we could do our homework (not many of us admittedly), play Monopoly, learn snooker and billiards, and perform plays and concerts (to which the local populace were invited). By Christmas 1939 most of us had settled into our second or third billets as more appropriate ones were identified, and became an accepted part of village life. Mr D. G. Lewis liased with Miss Allam and Mrs Prince (the Postmaster’s wife) to put on a Christmas concert [in the Hut] in December 1939.

Local children also became involved and the concert had an ambitious programme, ranging from an exhibition of ballet dancing by a girl, through comedy sketches, to the production of "The Vicar’s Candlesticks" whose cast comprised the third and fourth years boys. I was chosen as the Vicar, Peter Crofts as the villain and brother George as one of his lookouts. I had never performed in public before, and I had a terrible job to remember my lines, but in fact I went blank only once when I was supposed to be praying just before the villain came in to rob me, so the audience did not notice that I repeated my lines twice! We were heartily applauded, but having an audience has put off the biggest cheer came for George, who was not, and never since. He had no lines to learn, only to pretend to light up a sweet cigarette as he was helping Peter Crofts. When the time came to do this, he calmly lit a real cigarette and puffed away (at the age of 11) and the masters just could not do anything at the time. He disappeared before the play ended, and surprisingly got away with his joust at authority. "Ensuring realism," he said! (Fifty years later, Mr Lewis aged ninety wrote to me, addressing me as "Bishop" and reminisced about that play, saying that he "forgave George for eating the sweet, and then lighting a real cigarette on stage".)

The Hut was heated by a coal-fired stove placed centrally - much as many servicemen will remember the heating of Nissen Huts during the War - and efforts were made to ensure that the stove was lit before we came back from Hawkley to the afternoon classes. Sometimes this system failed and it was left to the master to light up the often-recalcitrant stove, but on one occasion we were all in place before Mr Forbes had arrived. We tried to do the job for him, but failed, even after pouring on paraffin and stuffing paper into the bottom of the stove. Mr Forbes turned up, and with a comment that he knew how to make sure the stove lit properly, poured even more paraffin into the top, and struck a match. The resultant whoosh and ceiling high flames were very impressive, and we were lucky not to have ignited the entire building, but Mr Forbes lost his eyebrows and singed his sports jacket. Mr Rowley Forbes turned up at one of the School Evacuees Reunion and had fond memories of teaching in Empshott Village Hut!

The Hut urgently needs makeover - in particular a new kitchen and new WCs - in order for it to continue as a focal point for the Empshott community. Please help if you can! 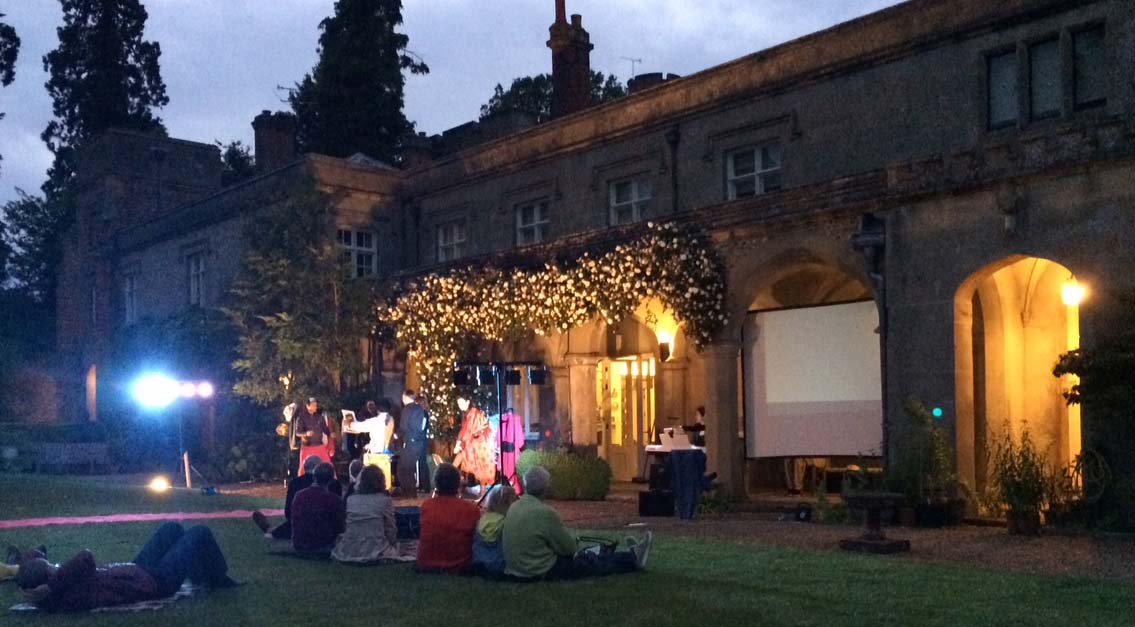 OPERA AT ROTHERFIELD PARK SOLD OUT! 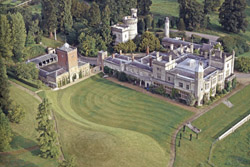